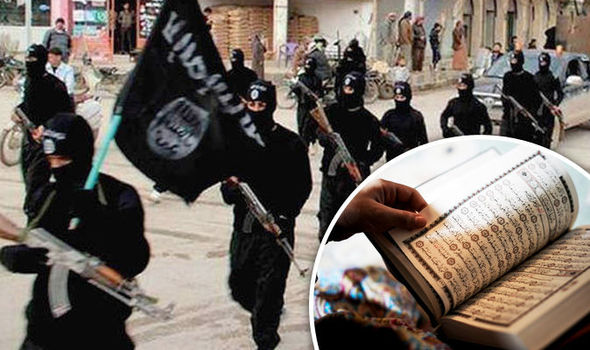 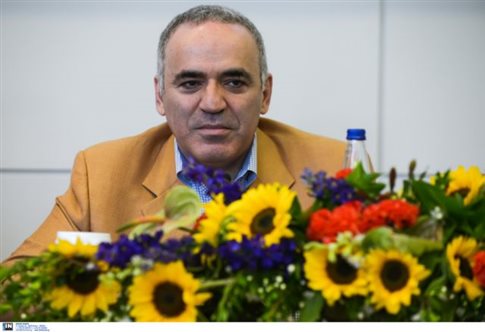 RACISM IN USA AND ITS MANIFESTATIONS (COLLECTION OF ARTICLES)

Students from the University of South Carolina and South Carolina State University link hands during a moment of silence for the victims of the church killings. Photo: AFP
Were the killings in the church in Charleston terrorism, meant to intimidate the black population of America? Of course they were. Moreover, they were a reflection of the still widespread white hatred for America's first black president, Barack Obama.
Indeed, as a commentary in The New York Times put it last week: "The main terrorist threat in the US is not from violent Muslim extremists, but from right-wing extremists. Just ask the police."
The number of violent plots carried out by international terrorists remains very low and most attempts were disrupted. Last year, not one US citizen at home died from international terrorism. The number of Americans killed abroad was 24. In contrast, at home, right-wing, white extremists made 337 attacks per year in the decade after September 11, causing 254 fatalities. So much for attacks by al-Qaeda-type terrorists.
Nevertheless, if one looks at it from a worldwide perspective, there was last year an increase in the number of terrorist attacks, jumping by 35 per cent in a single year, but overwhelmingly concentrated in the Middle East, principally in Iraq.
The misinformation that most Americans suffer from, thanks to a slanted media and the frenzy of mainly Republican politicians, is extremely worrying, not least because it is pushing Obama back into the sinkhole of Middle Eastern self-destructiveness.
He has expanded the bombing of Syria and Islamic State, and has deployed hundreds of troops to train the Iraqi army.
Today, America should be focusing on crimes against blacks. Black Americans are killed at 12 times the rate of people in other developed countries.
If one compares various countries' rate of homicides against the Human Development Index, an overall measure of the standard of living and welfare, we get a picture of who is top in the violence league. Among the developed countries, the US' rate of homicide deaths is 4.7 per 100,000 persons, more than three times its neighbour Canada's. France and Britain are at 1.2.
America's primary concern should be its gun laws, not international terrorism. Despite mass killings in schools and other places, Obama's attempts to tighten gun laws have been shot down. It's not just the Republicans who voted against Obama on this, but Democrats too.
Once the Iranian deal on its nuclear programme is signed, probably in a week's time, Obama should use an executive order to ban the public wearing of arms, military-type weapons and the buying of guns with no questions asked. This should be America's priority, not hysterical overstatements about the savagery of international terrorism.
Jonathan Power is a syndicated columnist
South China Morning Post
=======================================================================================
B) Why Do White Supremacists Love Republicans So Much? You’ve probably never heard of the Council of Concerned Conservatives, but Dylann Roof, the young man who massacred a group of Black churchgoers after they welcomed him into their Bible study, most certainly has. He references visiting the group’s website after the Trayvon Martin killing and realizing “that something was very wrong.”
The Council of Concerned Conservatives is a Southern Poverty Law Center (SPLC) recognized hate group. The SPLC file on the organization states:
“The Council of Conservative Citizens (CCC) is the modern reincarnation of the old White Citizens Councils, which were formed in the 1950s and 1960s to battle school desegregation in the South. Among other things, its Statement of Principles says that it “oppose[s] all efforts to mix the races of mankind.”
Earl Holt is the current president of the CCC. And the atrocities committed over the last week in the name of supposed white supremacy has thrust him into the spotlight. Here’s an example of a comment attributed to Holt in the comment section of The Blaze:
“If you think you can educate them, or embarrass them, or reason with them, or that your Christian compassion will be reciprocated, then you are the kind of person who will be completely baffled when they kill you, rape your entire family, and burn your house to the ground.”
If that sounds familiar, it’s because Roof was reported to say, before opening fire on the Black churchgoers, “You rape our women and you’re taking over our country.”
It turns out that Earl Holt isn’t just a vicious racist. He’s a routine donor to candidates and causes that forward the Republican Party.
Ted Cruz, who’s received $8,500 combined through direct giving and donations to an affiliated political action committee, has already promised to send the money under his control money back. Numerous other right-wing politicians have followed suit, promising to either return the money or donate it to the fund for the church.
But this is deflection from the real problem: a notable white supremacist quite clearly wanted the Republican Party in power, because he viewed them as ideological comrades. Per Politico:
Holt has also given to several GOP congressional campaigns for current or former lawmakers, including Sens. Tom Cotton of Arkansas, Thom Tillis of North Carolina, Rob Portman of Ohio and Jeff Flake of Arizona; former Missouri Rep. Todd Akin, and former presidential candidate and Minnesota Rep. Michele Bachmann.
This is true. But public records show Holt’s giving didn’t stop there. He also gave to political organizations that weren’t candidate specific but consistently Republican-oriented. According to my research, those include: Fight for Tomorrow, Senate Conservatives Fund, Tea Party Express/Our Country Deserves, the Madison Project, Jobs, Growth & Freedom Fund, National Right to Life and the Allen West Guardian Fund.
Allen West backers are already writing in support of the Confederate flag, claiming:
“[I]t is a flag of honor, designed by the confederacy to distinguish itself from the Union [...] The crimes committed by these groups under the stolen banner of the confederacy only exacerbate the lies which link the secession to slavery interests when, from a Southerner’s view, the cause was to distinguish itself from the Union.”
Fox News has similarly been stumbling over itself to support anti-Black narratives that erase the victims and place the violence on the head of something other than blatant white supremacist thought. Miriam Schapiro (screenshot via YouTube)
The American artist Miriam Schapiro died on Saturday. Her death brings up enormous issues about feminism, legacy, and about the role an artist plays in how she enters a history she helped to create — even the idea that such a history could and should exist, one that included the voices and images of women. Because of Schapiro’s long decline and old age, her friends have anticipated this moment and been haunted by it.
Διαβάστε περισσότερα »
Αναρτήθηκε από Χρήστος Βούλγαρης στις 8:00 μ.μ. Δεν υπάρχουν σχόλια:

What Should Be Done with the US’s Many Confederate Monuments? A rally at the South Carolina Statehouse for the removal of the Confederate flag, with the banner waving in the background. (photo by maracgay/Instagram)
Yesterday afternoon, South Carolina Governor Nikki Haley called for the removal of the Confederate flag from the grounds of the state capitol. The flag that, perhaps more than any other symbol today, represents the system of black slavery and white supremacy upon which this country was built — and which, interestingly, was never the official flag of the Confederacy — has flown over the grounds of the South Carolina State House in Columbia since 1962. It was waving in the wind long before white 21-year-old Dylann Roof allegedly murdered nine black people at Charleston’s Mother Emanuel African Methodist Episcopal Church on June 17; it was waving at full mast the day after, when the other flags on the grounds were lowered to half; and it waves still.
Διαβάστε περισσότερα »
Αναρτήθηκε από Χρήστος Βούλγαρης στις 7:51 μ.μ. Δεν υπάρχουν σχόλια:

The Many “Accomplishments” of Sudan’s Omar al-Bashir On Tuesday, Sudan’s President Omar al-Bashir was sworn in for another term in office after winning 94 percent of the vote. Bashir, who assumed power in 1989 and later appointed himself President in 1993, promised to increase Sudan’s economy while strengthening security and national stability. He lauded his own accomplishments for building peace, increasing trade and forgiving his detractors.
So to commemorate his new term, let’s look at some of his most notorious handiwork.
Διαβάστε περισσότερα »
Αναρτήθηκε από Χρήστος Βούλγαρης στις 7:23 μ.μ. Δεν υπάρχουν σχόλια:

Why Do Americans Waste 40 Percent Of Their Food, And What Can We Do About It? Americans throw away nearly half of their food every year, waste worth roughly $165 billion annually, according to a study by the Natural Resources Defense Council (NRDC).
The report estimates that the average American family of four ends up throwing away an equivalent of up to $2,275 annually in food. Even worse, there is evidence that there has been a 50 percent jump in U.S. food waste since the 1970s.
Διαβάστε περισσότερα »
Αναρτήθηκε από Χρήστος Βούλγαρης στις 7:05 μ.μ. Δεν υπάρχουν σχόλια:

The Sixth Great Mass Extinction Is Coming: How Do We Stop It? A wide-ranging study appears to confirm what some scientists have suspected for a while: the world’s sixth mass extinction event is close at hand. What does this mean, and how can we save as many species as possible?
The research, which was carried out by teams from Stanford, Princeton and the Universidad Autónoma de México among others and is published in the journal Science Advances, saw researchers attempt to verify claims that many scientists have made that the Earth is about to enter or is already in fact undergoing its sixth mass extinction event. To do this, the researchers needed to find clear evidence that the extinction rate is substantially above what are considered normal baseline trends for species.
Διαβάστε περισσότερα »
Αναρτήθηκε από Χρήστος Βούλγαρης στις 6:28 μ.μ. Δεν υπάρχουν σχόλια: 230225
Yet another attempt at addressing the epidemic of military sexual assault just failed in Congress, illustrating the vicious partisan divide on the subject that’s making it nearly impossible to enact needed legislation to protect servicemembers across the United States and abroad. The Pentagon itself, along with numerous third party organizations and government agencies, has identified military sexual assault as a pernicious problem that needs to be addressed with fundamental changes to the reporting and prosecuting process, but attempts by members of Congress like Senator Kristin Gillibrand to address this problem have run up against brick walls.
The issue has become a hallmark cause for Senator Gillibrand, who wants to take the authority for handling rape cases out of the chain of command and make it the responsibility of outside military prosecutors. She, and many supporters, argue that this would resolve many of the issues that are making it difficult for rape survivors to come forward and receive fair treatment in their cases. Advocates argue that in addition to increasing the chances of seeing a positive outcome in the wake of sexual assault, the legislation will also protect the careers and livelihoods of victims and survivors.
Διαβάστε περισσότερα »
Αναρτήθηκε από Χρήστος Βούλγαρης στις 6:13 μ.μ. Δεν υπάρχουν σχόλια:

The Truth Behind Adorable Slow Loris Videos WIll Break Your Heart

The Truth Behind Adorable Slow Loris Videos WIll Break Your Heart Slow loris videos have continued to make their way around the Internet after one showing a slow loris being tickled went viral a few years ago. But while these creatures are undeniably adorable, the truth behind these videos is anything but cute.
The UK-based International Animal Rescue (IAR) has launched a new Tickling is Torture campaign to help get us to stop unwittingly promoting the mistreatment of these little creatures, who the organization believes are suffering terribly as a result of our desire to keep these imperiled primates as pets.
Διαβάστε περισσότερα »
Αναρτήθηκε από Χρήστος Βούλγαρης στις 5:19 μ.μ. Δεν υπάρχουν σχόλια: