Cracking the code: the decipherment of Linear B 60 years on

A conference in Cambridge this weekend will mark the 60th anniversary of the decipherment by Michael Ventris of Linear B, a script used for an early form of ancient Greek. His stunning achievement pushed back the frontiers of knowledge about the ancient world.

The decipherment of Linear B opened up, and indeed created, a whole new branch of scholarship.
Dr Torsten Meissner

When during the early 20th century archaeologists excavated some of the most famous sites of Ancient Greece – notably Knossos on the island of Crete and Mycenae and Pylos on the mainland – they found large numbers of clay tablets inscribed with a type of script that baffled them. It was significantly different to any other script known at the time. Moreover, it was immediately clear that there were at least two variants of this type of writing.
Διαβάστε περισσότερα »
Αναρτήθηκε από Χρήστος Βούλγαρης στις 11:38 μ.μ. Δεν υπάρχουν σχόλια: 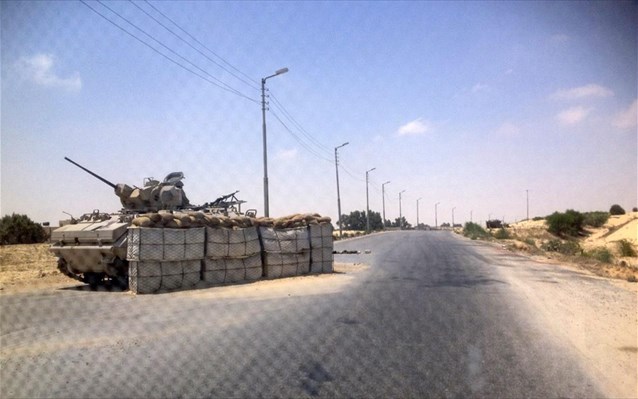 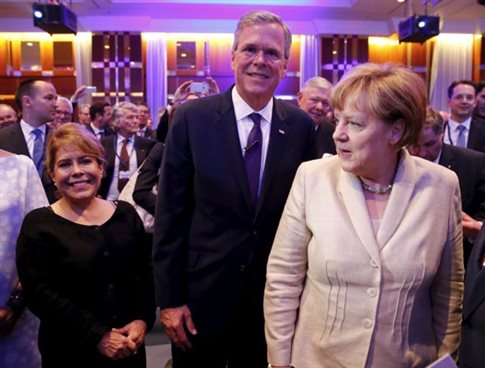 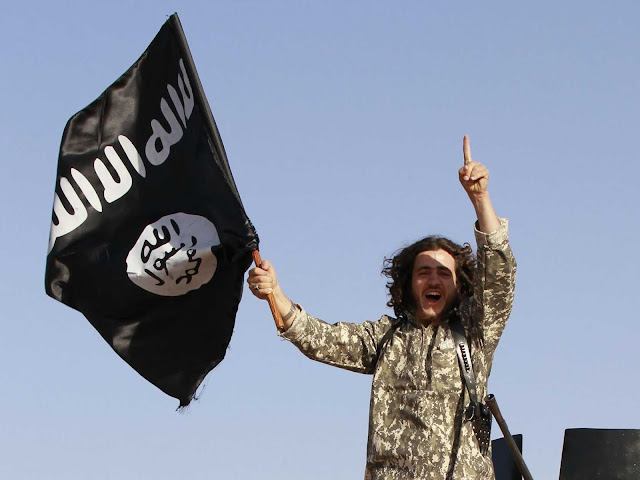 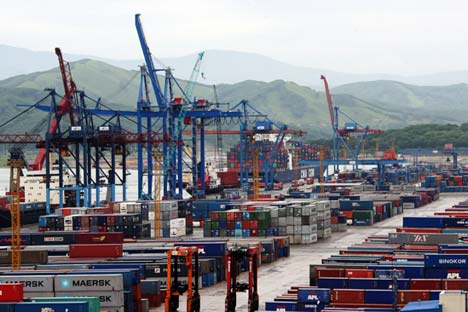 Winemaker Iago Bitarishvili makes wine in clay vessels called qvevri, which he buries underground and fills with white grapes. There are no barrels, vats or monitoring systems for this ancient Georgian method, which is helping drive sales. Bitarishvili plans to bury these new qvevri in his cellar to expand production.
Daniella Cheslow for NPR
When I ask Iago Bitarishvili to climb into his qvevri, a Georgian clay wine barrel, he rolls his eyes before he drops a ladder into what looks like a hole in the ground and makes his way down. What is a novelty to an observer is, to Bitarishvili, simply the way things are done.
Διαβάστε περισσότερα »
Αναρτήθηκε από Χρήστος Βούλγαρης στις 7:30 μ.μ. Δεν υπάρχουν σχόλια:

by Soeren Kern
June 10, 2015 at 5:00 am
http://www.gatestoneinstitute.org/5929/germany-muslims-holocaust-education
A debate has erupted in Germany over whether Muslim students should be exempted from mandatory visits to former concentration camps as part of HolocaustEDUCATION

programs.
The dispute centers on a proposal that would require students in all secondary schools in the southern state of Bavaria to visit Holocaust memorials as part of the school curriculum.
Such visits are already compulsory for students who attend the Gymnasium (a type of secondary school with a strong emphasis on academic learning), and the proposal would extend that requirement to eighth- and ninth-grade students in all other types of secondary schools, including special-needs schools.
The proposal, sponsored by a political party called the Free Voters (Freie Wähler), calls for the official educational curriculum to be amended to make it mandatory for students to visit the Bavarian concentration camp memorials in Dachau und Flossenbürg and the Deutsch-Deutsches Museum in Mödlareuth.
The stated objective is that all students in Bavaria personally visit a Holocaust memorial at least once during their schooling, in the hope that they will obtain a deeper understanding of the Nazi period.
The proposal is being opposed by the governing Christian Social Union, the Bavarian partner of Chancellor Angela Merkel's Christian Democratic Union. In a recent parliamentary debate on the issue, CSU parliamentarian Klaus Steiner explained:


"Especially in secondary schools we have immigrants and the children of asylum seekers. Among them are many children from Muslim families who have no connection to our past and who will need much more time before they can identify with our history. We need to be careful about how we address this issue with these children."

Steiner added that compulsory visits for special needs students are inappropriate because many of them lack the "cognitive and emotional" ability to understand the Holocaust.
Steiner's comments have been greeted with outrage from many quarters. Gisela Sengl, a lawmaker with the opposition Green Party, said that Steiner's claim that students are too stupid to understand the Holocaust was ridiculous. "Let me be clear," Sengl said. "You do not need a certain intelligence quotient to understand the horrifying things that took place during the Nazi era."
Günther Felbinger, an MP with the Free Voters party, said the CSU's position was hard to reconcile with the party's pledge to try to integrate new immigrants. "Muslim children, too, need to come to terms with German history," he said.
The Los Angeles-based Simon Wiesenthal Center, a Jewish human rights group, was even more direct. In a letter to German FederalEDUCATION


"To hear such language from a mainstream German politician reeks, at best, as Holocaust denial and, far worse, a German endorsement for such radical Islamist and Iranian intents, summed up as, 'the Holocaust is a lie, let's make it a reality.'"

to create Centers of Islamic Theology at four major German universities: Münster/Osnabrück, Tübingen, Frankfurt/Giessen and Nürnberg-Erlangen in Bavaria.
According to the Ministry ofEDUCATION


"Religious education in schools offers important cultural and theological guidance. It teaches ethics and morality and supports children and youth in developing their own identity. Religious education encourages children and youth to reflect on and articulate their own beliefs. And it challenges them to grapple with values — both their own and the values held by others. In a pluralistic society, this sort of reflection is crucial in leading the necessary dialogue between cultures and can help us learn more about the differences and similarities between them."

In his letter, Samuels called out the apparent hypocrisy. He wrote:


"At a time of increasingly rampant anti-Semitism and even anti-Semitic terrorism across Europe, the Steiner Bavarian plan, together with your generous Federal IslamicEDUCATION PROGRAM

seems a recipe for Jihadism, ISIS recruitment and incitement to Jew-hatred, to be inevitably followed by attacks on other traditional Nazi victims: Roma, gays, women and disabled.
"By suppressing the concentration camp visit for young Muslims, Germany may evoke for some, iconized memories of the 1930's Fuhrer-Mufti alliance as a paradigm for contemporary Islamism."

Samuels was referring to the Palestinian Grand Mufti of Jerusalem, Haj Amin al-Husseini, who met Adolf Hitler and other Nazi leaders in Germany in 1941. He was soliciting the support of the Axis powers to eliminate all of the Jews in the Middle East.
Georg Rosenthal, a Social Democratic MP and former mayor of Würzburg, believes that official commemorations of the liberation of concentration camps or the end of World War II have become "senseless rituals" that many young Germans do not relate to. "We need a remembrance culture for the third generation," Rosenthal said, referring to young people who have no living memory of the Holocaust. "Visiting the crime scenes is essential for all students. It is especially important for young immigrants to understand why they need to assume responsibility for German history."
Responding to the mounting criticism, BavarianEDUCATION

Minister Ludwig Spaenle on June 3 issued what appears to be a compromise. In a statement, he pledged to launch a "pilotPROGRAM

" that would seek to provide eighth-grade students with a "theoretical preparation" for potential future visits to former concentration camps and other Nazi-related sites.
According to Spaenle, concentration camp memorials provide the "most authentic places where students can best develop insights into the unjust regime of the Nazi state, and arrive at a clear position in favor of 'Never Again.'" He did not indicate if Muslim pupils would be exempt from thePROGRAM


The debate over Holocaust education comes at a time of growing Islamic anti-Semitism in Germany. On May 20, German Interior Minister Thomas de Maizière addressed a conferencein Berlin called "Jewish Life in Germany: Is it at Risk?", at which he said that anti-Semitic hate crimes were up by 25% in 2014 and that much of the increase was due to attacks perpetrated by Muslim immigrants.
De Maizière said that Islamic anti-Semitism was a growing problem across Europe; he referred to attacks against Jews in Brussels, Copenhagen and Toulouse. He said that some of the violence was driven by operatives from Hezbollah and Hamas, but he was especially concerned about the potential for anti-Semitic attacks perpetrated by adherents to Salafism, the fastest-growing Islamic movement in Europe.
According to de Maizière, Germany alone is now home to more than 7,000 Salafists and that 1,000 of these individuals were especially dangerous and could attack at any time. He concluded: