This Week in Military History: Famous Military Deaths for the Week of May 1-7

Portrait of Leonardo da Vinci, date and artist unknown
Image courtesy of http://www.leonardodavinci.net/
(Unless otherwise indicated, all illustrations are courtesy of Wikipedia)

May 2, 1519 – Leonardo da Vinci, artist, engineer, inventor, "Renaissance Man"; age 67
Iron rusts from disuse; water loses its purity from stagnation... even so does inaction sap the vigor of the mind. – Leonardo da Vinci
Leonardo; most historians, scientists, and art historians will know of whom you speak when you say that one name. Leonardo da Vinci was the illegitimate son of a Florentine official and a peasant woman. He studied art, sculpture, painting, anatomy, mechanics, botany, and just about anything that struck his fancy.
After apprenticeship with Italian artist Verrocchio, Leonardo journeyed to Milan in 1482, on a mission for Florentine ruler Lorenzo de' Medici. He met the Milanese ruler Ludovico Sforza. After completing his assigned mission, he asked Sforza for a job.
In his letter to the future Duke of Milan (Sforza), Leonardo barely mentioned his considerable talents as an artist and instead touted his more marketable skills as a military engineer. Using his inventive mind, da Vinci sketched war machines such as a war chariot with scythe blades mounted on the sides, an armored tank propelled by two men cranking a shaft, and even an enormous crossbow that required a small army of men to operate. He would work for Sforza for the next 17 years.

Modern reconstruction of armored battle vehicle designed by da Vinci
On the grounds of the Chateau d'Amboise, France
Like many leaders of Renaissance humanism, da Vinci did not see a divide between science and art. He viewed the two as intertwined disciplines rather than separate ones. He believed studying science made him a better artist.
Da Vinci kept copious notebooks on many subjects, writing many in a secret code. Some of his most famous artworks included the "Mona Lisa," "The Last Supper," and the "Vitruvian Man." He died in the town of Amboise, France, supposedly in the arms of French monarch Francis I.

Josif Broz Tito (1893-1980), date of photo unknown
Photo courtesy of the Digital Library of Slovenia
May 4, 1980 – Josif Broz Tito, soldier, statesman, Yugoslav dictator; age 87
Josif Broz was born in 1893, a subject of the Austro-Hungarian Empire. He apprenticed to a locksmith, and later worked in various factories in Austria and Germany. During this time he was exposed to socialist writings.
Tito was drafted into the Austro-Hungarian army in 1913, to serve a compulsory two-year military commitment. He served first on the Serbian front, then his unit was sent to the Russian front, where he was captured and sent to a Russian POW camp in Siberia. He became involved in the Russian Revolutions, and was influenced by the tenets of Communism. He even fought with the Russian Red Guard during the chaos of the Revolutions.
Tito returned to his native Croatia in late 1920, with a young and pregnant Russian wife. He continued to work toward the supremacy of Communism/socialism in the newly created Kingdom of the Slavs, Croats, and Serbs (later to be renamed Yugoslavia). During this time he adopted the pseudonym of "Tito" which he used during his underground Communist work.
When Germany invaded Yugoslavia in 1941 – as a prelude to its invasion of Russia – Tito called on Yugoslavs to resist the Nazi occupation. He organized two brigades of Partisans to drive the Germans out of his native land. Tito was recognized as the leader of the resistance in Yugoslavia by F.D. Roosevelt, Winston Churchill, and Joseph Stalin at the Tehran Conference in late 1944. He began receiving military aid from the Allies, and Russian troops were helpful in removing Nazis from Yugoslavia.
In November of 1945, a popular election recognized Tito's party as the rulers of Yugoslavia. He was appointed the prime minister and minister of foreign affairs. For the next 35 years, Tito was the leader of the Socialist Federal Republic of Yugoslavia.
However, in the post-war period, Tito and Stalin were constantly at loggerheads over Yugoslavia's independent path of its socialist political and industrial programs. It got so bad that at one point Stalin sent some assassins to take out the Yugoslav leader. This prompted a rather frank letter from Tito to Stalin, which included this: "Stop sending people to kill me. We've already captured five of them, one of them with a bomb and another with a rifle...If you don't stop sending killers, I'll send one to Moscow, and I won't have to send a second."
Tito's stand against Soviet domination helped spur the development of the Non-Aligned Movement, which included such countries as India, Ghana, Egypt, and Indonesia. Tito also suppressed nationalistic feelings among the disparate ethnic groups which comprised Yugoslavia. He died in 1980, and within a decade Yugoslavia, without the iron hand of its President for Life, began dissolving.

Douglas Fairbanks, Jr., photo courtesy of U.S. Navy
May 7, 2000 – Douglas Fairbanks, Jr., actor, soldier; age 90
He was the son of one of early Hollywood's icons of the Silver Screen, born in New York City in December of 1909. Very early in his life he developed a taste for the arts as well and became a painter and sculptor. Not content to limiting himself to just one field, he became involved in business, in fields as varied as mining, hotel management, owning a chain of bowling alleys and a firm that manufactured popcorn.
He was given his first contract by Paramount Pictures at age 14, mainly on the basis of his father's swashbuckling work in movies (especially the original silent-era films, The Mark of Zorro [1920], Robin Hood [1922], and The Thief of Bagdad [1924]).
Fairbanks appeared in a number of small roles in films of the 1920s and 1930s, perfecting his acting ability and receiving encouragement from his father, Mary Pickford, and Charlie Chaplin. He appeared opposite such stars as Greta Garbo, Joan Crawford, and Katherine Hepburn.
[Two of my favorite action films of the 1930s boasted Fairbanks in the cast: 1937's "Prisoner of Zenda," in which he plays the charming but thoroughly evil Rupert of Hentzau; and 1939's "Gunga Din," portraying Sergeant Tommy Ballantine. If readers are interested in information on "Gunga Din," read my BurnPit post from January of 2013: http://www.burnpit.us/gunga-din.]
Although celebrated as an actor, Fairbanks was commissioned a reserve officer in the U.S. Navy at the onset of the Second World War and assigned to Lord Louis Mountbatten's Commando staff in the United Kingdom. Having witnessed (and participated in) British training and cross-Channel harassment operations emphasizing the military art of deception, Lt. Fairbanks attained a depth of understanding and appreciation of military deception then unheard of in the United States Navy. As a result, Lt. Fairbanks help develop the "Beach Jumper" program.
The Beach Jumpers' mission would simulate amphibious landings with a very limited force. Operating dozens of miles from the actual landing beaches and utilizing their deception equipment, the Beach Jumpers would lure the enemy into believing that theirs was the principal landing. United States Navy Beach Jumpers saw their initial action in Operation Husky, the invasion of Sicily in 1943. Later, they participated in Operation Dragoon, the invasion of southern France in August of 1944. For his work in the Beach Jumper program, Fairbanks received a number of awards.
When he returned from the war, he resumed his acting career. His most famous post-war film was 1947's Sinbad the Sailor. He made a number of TV and stage appearance in the 1950's and generally retired to a life of leisure. He made his final film Ghost Story in 1981.
He died of a heart attack in 2000, and was buried in the same tomb as his father (who also died of a heart attack in 1939). Fairbanks Jr. has three stars on the Hollywood Walk of Fame: for motion pictures, TV, and radio.
Siggurdsson's blog
Αναρτήθηκε από Χρήστος Βούλγαρης στις 1:24 μ.μ. Δεν υπάρχουν σχόλια:

Members of the military who receive the Medal of Honor are rare; but men who receive two MOHs are scarcer still (a total of 19, to be precise). Well, it's my honor to feature one of those men, Sergeant Major Daniel Daly, who died on this date in 1937.

Delhi elephants recoiling from Moghul artillery fire
"Babur introduced field guns at Panipat"
Illustration from book, "Hutchinson's Story of the Nations"
(Unless otherwise indicated, all illustrations are courtesy of Wikipedia)

For today's lesson in military history, we travel to northern India and meet the military man who would defeat a numerically greater army, and establish a dynasty and political entity that survived until the early eighteenth century. This battle would destroy the ruling dynasty of Delhi and lay the foundation for the Moghul Empire.

Battlefield of Inchbare, as it appears today
Photograph courtesy of http://www.geograph.org.uk/photo/1966405
(Unless otherwise indicated, all illustrations are courtesy of Wikipedia)

Longtime readers of my mini-history lessons will note that I have highlighted battles involving the Scots a number of times in the past. Today's narrative involves a fight between two groups of Scots – a rebellious group of northern Scots, and supporters of the Royal house, which had a little help from their Anglo-Norman neighbors.

The Mixed Legacy of Nuremberg

http://www.gatestoneinstitute.org/7983/nuremberg-legacy
This year commemorates the 80th anniversary of the notorious Nuremberg Laws, the Nazi racist enactments that formed the legal basis for the Holocaust. Ironically, it also marks the 70th anniversary of the Nuremberg Trials, which provided the legal basis for prosecuting the Nazi war criminals who murdered millions of Jews and others following the enactment of the Nuremberg Laws. There is little dispute about the evil of the Nuremberg Laws. As Justice Robert H. Jackson, who was America's chief prosecutor at the Nuremberg Trials, put it: "The most odious of all oppressions are those which mask as justice."
There is some dispute, however, about the Nuremberg trials themselves. Did they represent objective justice or, as Hermann Göring characterized it, merely "victor's justice?" Were the rules under which the Nazi leaders were tried and convicted ex post facto laws, enacted after the crimes were committed in an effort to secure legal justice for the most immoral of crimes? Did the prosecution and conviction of a relatively small number of Nazi leaders exculpate too many hands-on perpetrators? Do the principles that emerged from the Nuremberg Trials have continued relevance in today's world? 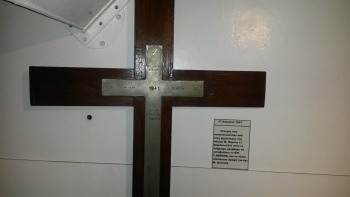 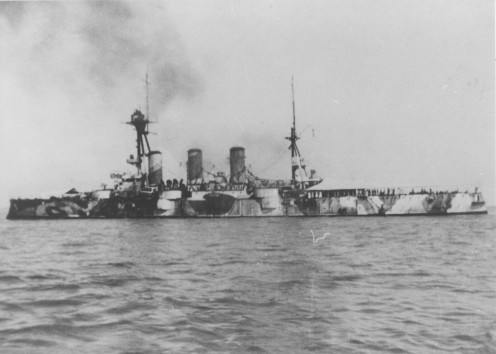 On the 15th February, 1944, 1400 tons of high explosives were dropped by the Allied forces advancing upon Rome, on the Benedictine monastery of Monte Cassino.  The aerial bombardment marked the beginning of one of the most amazing episodes of World War II – the defense of Monte Cassino by a numerically and technologically inferior force against massive enemy firepower and manpower.