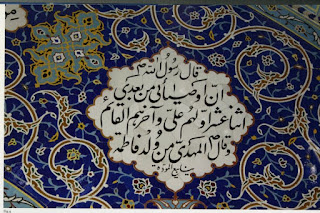 This piece forms part of a TLS Special Feature, our primer on the complex politics and religions of the Middle East
A hadith (or saying of the Prophet Muhammad) considered sound by all major authorities and widely circulated among Sunni Islamists states that the history of the umma will go through five phases: first, the Prophet himself will rule over it and teach it the right way to live; then will come the time of caliphate, when caliphs will rule according to the Prophet’s teachings; then the time of benign kingship obtained by force, followed by the time of oppressive kingship; finally, the time of caliphate will rise again, where a caliph will rule once more in accordance with the Prophet’s teachings, and usher in the end of the world.
From this eschatological perspective, Ataturk’s abolition of the Ottoman Caliphate in 1923 marked the end of the third of those five phases, the phase of benign kingship. Since then, the Islamic world has been suffering the injustice of oppressive kingship, whether at the hands of brutal dictators or morally bankrupt monarchs. And though jihadist groups differ over the best way to achieve it, they are united by an ultimate aim, which they share, broadly speaking, with all forms of Islamism: the restoration of the Caliphate as a necessary step along the way to the Last Judgement.